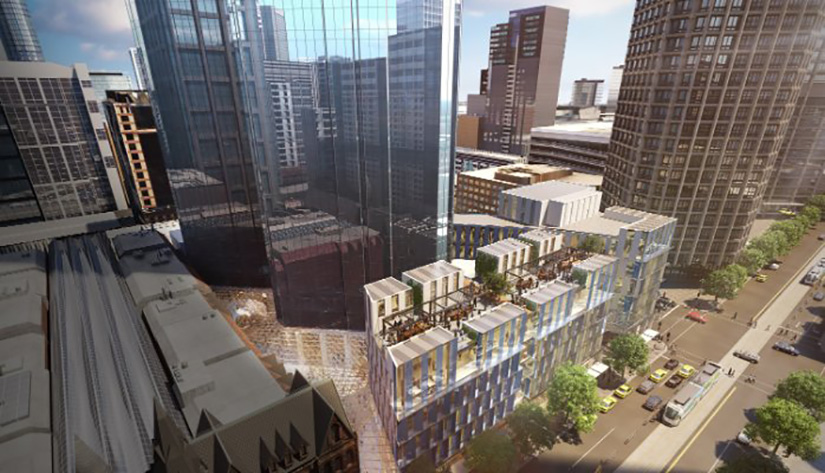 The Rialto Joint Venture today announces the commencement of a $100 million redevelopment at Rialto, crowning the most significant regeneration of any landmark office tower in Australia.

Following the redevelopment of the adjacent heritage buildings for the Intercontinental Hotel , the Rialto Joint Venture then embarked upon comprehensive capital upgrades to plant and equipment, sustainability, and established restaurants such as Vue de Monde, and Merchant Osteria.

With today’s announcement, the 3,900 square metre leasing commitment by Bank of Melbourne is also confirmed. Bank of Melbourne will capture the essence of this Midtown Collins Street location, and leverage from the most identifiable office building in Melbourne.

Equiset Grollo Group has crafted the entire project on behalf of owners St Martins Victoria Pty and Grollo Australia Pty Ltd. While some years in the making, Rialto is now set to again be the dominant icon in Melbourne’s office market.

The re-development will be completed in November 2016.