Inside the Rialto Regeneration Project #4 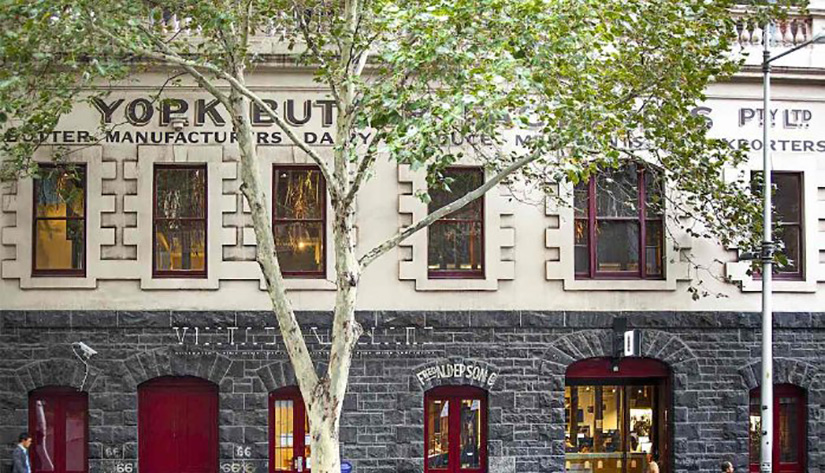 As we complete the demolition phase at Rialto, it is timely to look at the past in order to reveal how Woods Bagot has managed poignant design references to the wonderful adjacent heritage buildings.

With heritage in mind, we were thereafter limited in the scale and massing of any new podium development. This also restricted the project feasibility as net lettable space was to be obviously constrained.

The significant adjacent heritage considerations encompassing the precinct are: 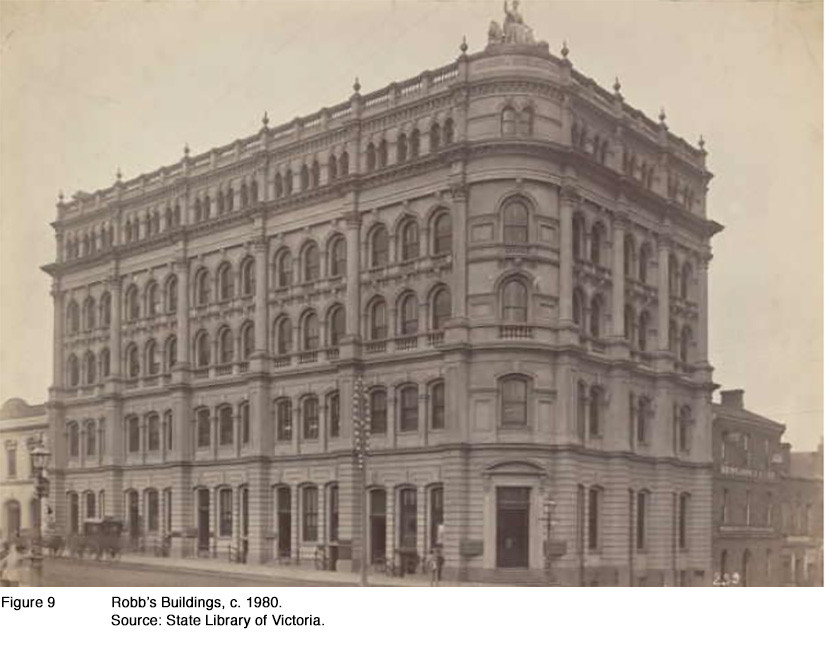 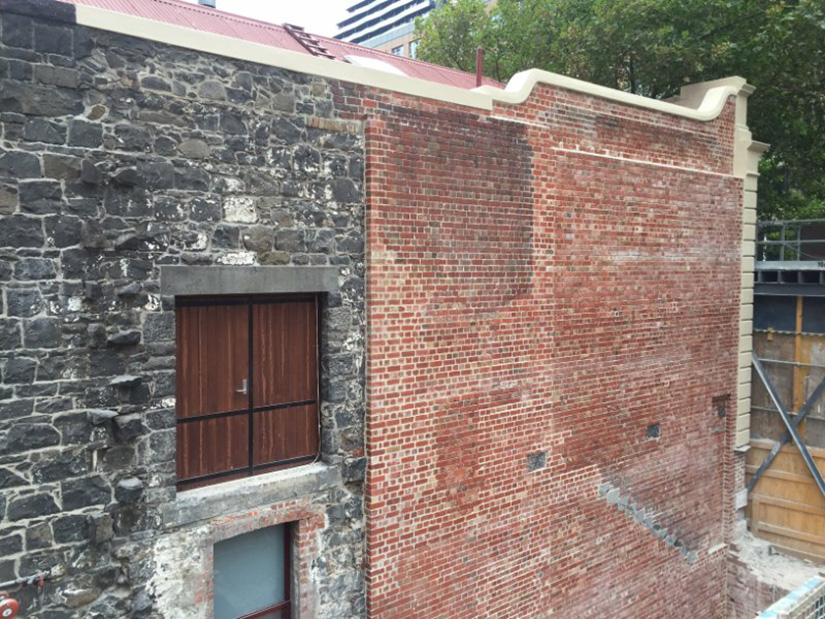 Restoration works to the brickwork and parapet of YBF near completion.

The new podium buildings at Rialto, will incorporate a contemporary interpretation of the adjoining heritage facades. In addition to the height and massing being in keeping with the heritage streetscape, one will note the clever alignment of horizontal and vertical sections, together with patternation created by a small saw-tooth in the façade. This is further amplified by alternating clear glazing and glazed mesh panels which offer a hint of the blue hues seen reflecting off the tower façade. 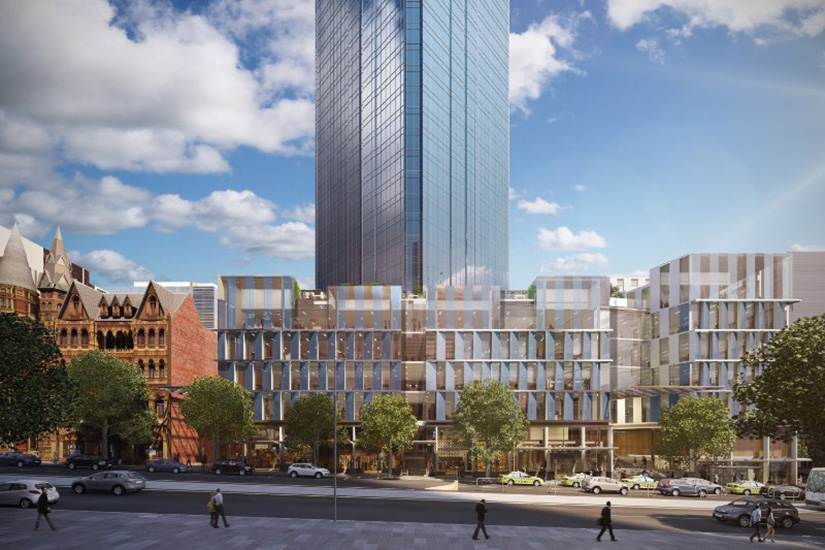 Meanwhile …. the site is almost ready for the new structure! 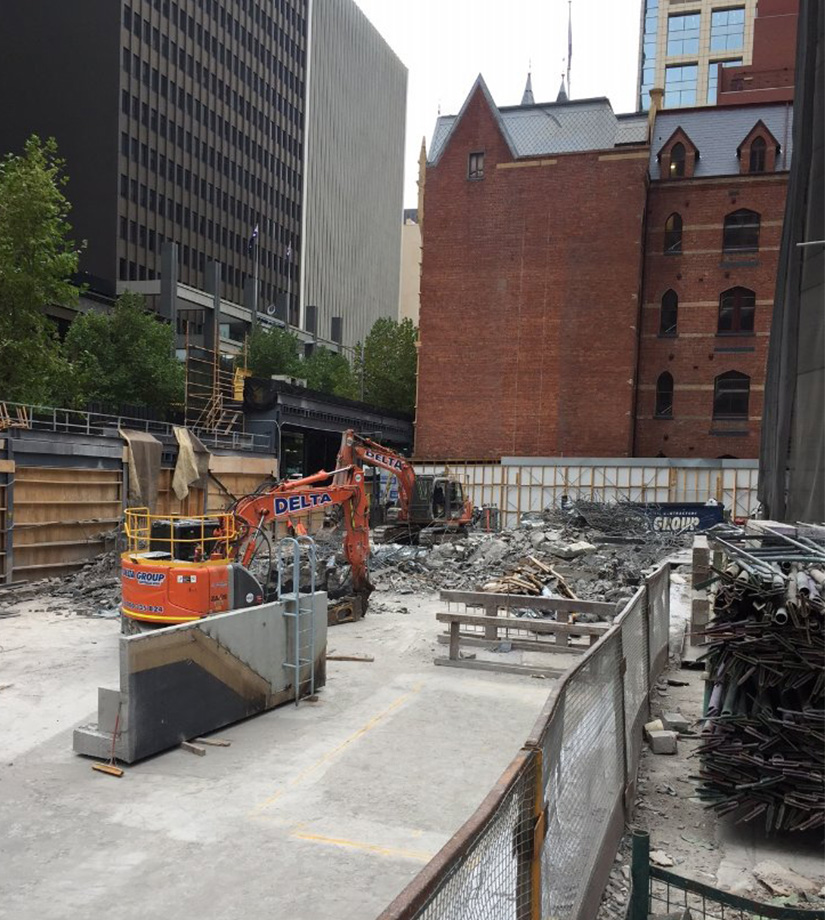